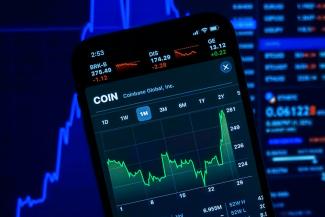 Why You Shouldn’t Worry About ISOs And AMT?

The Alternative Minimum Tax (AMT) is often viewed with disdain for tech workers who have to pay this tax to exercise their Incentive Stock Options (ISOs). As a result, many articles have been written about the tax impact of AMT. Essentially, how to approach minimizing or altogether eliminating the AMT.

Some general rules of thumb are:

1. Exercise ISOs when the bargain element or the difference between the exercise price and fair market value is low. Waiting to exercise or not taking the opportunity to exercise when the ISOs become vested can be a mistake that may cost you in taxes.

2. If you can do an early exercise and file an 83(b) form in 30 days, this may be very beneficial in how much tax you pay—exercising, especially when the bargain element might be very low. But of course, you could have to pay AMT if you exercise early and do not sell by the calendar year.

3. Not keeping the ISOs two years from when there were granted and one year from exercise to take advantage of the lower long-term capital gains rate on the difference between the strike price and fair market value when sold.

These four rules of thumb are good best practices. But it would help if you did not worry about AMT as your personal financial goals are much more critical.

But what has not been written about is that AMT, although this is not fun to pay, is unavoidable. If you think about it, you are granted shares of stock typically at a much lower price than the FMV. This lower price is a distinctive advantage for you compared to most other investors. In addition, new tax laws have resulted from issues of fairness and abuse of the tax system. So it should not be surprising that paying tax on ISOs would be viewed as unfair when exercised.

Tech companies offer ISOs to keep you both loyal to the company and want you to work hard in your position. Typically these start-up tech companies do not offer other employee incentives such as generous 401(k) matches like more established firms. Instead, they usually provide a four-year vesting schedule, with 25% vested each year and a one-year cliff. The one-year cliff indicates that you cannot exercise any shares until you work for the company for one year. Therefore, if you quit before one year, you will forefeit the shares.

Remember that AMT is the way for the IRS to get at least some tax money since you could potentially exercise them and not pay any tax for years. Since with most stock, you only pay taxes on the earnings when you sell, which could be years later.

Suppose AMT is too much to bear. You could do a cashless exercise. This cashless exercise is where your company or third party would pay the purchase of the stock and then sell enough shares to cover the income taxes and cost of exercise. You would pay more taxes in the short term but could invest that proceeds in a diversified portfolio. The mistake often happens to be investing too much in a single stock and putting yourself at greater risk. Selling the shares and using the money for a down payment on a new home or another goal might suit your situation.

The message is clear that exercising ISOs is very much an individual choice. There is no one best practice. It should depend on your situation and the needs that you have for the money. Worrying about AMT is a mistake, and you should not fret over it. Instead, think more about what you want to do with the money. How does your newfound wealth fit into your goals? Reach out to me on the contact us below to learn more about what we can do with ISOs to reach your financial goals.

*This content is developed from sources believed to be providing accurate information. The information provided is not written or intended as tax or legal advice and may not be relied on to avoid federal tax penalties. Individuals are encouraged to seek advice from their tax or legal counsel. Individuals involved in the estate planning process should work with an estate planning team, including personal legal or tax counsel. Neither the information presented nor any opinion expressed constitutes a representation of a specific investment or the purchase or sale of any securities. Asset allocation and diversification do not ensure a profit or protect against loss in declining markets.