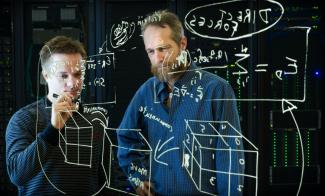 For teachers currently enrolled in TRS, you may be asking yourself, what is the Rule of 80? Essentially, the Rule of 80 is when you will be first eligible to get your normal aged retirement benefit from TRS. If you retire before a certain age, you will get a reduced benefit depending upon when you first enrolled in TRS.

To figure out your normal retirement age, you would need to know what tier you fall under. The information below is taken directly from the TRS website. So essentially, if you become a member of TRS before September 1, 2007, you have to be:

You notice in this tier, there is no minimum age for reaching the normal retirement with the Rule of 80 only applying.

This change becomes less favorable to younger generations of TRS members. Now you must be at least 60 and meet the Rule of 80.

You notice that the later you became a TRS member, the less favorable the normal retirement age will be. For instance, if you become a member after September 2014, so you are a teacher entering the profession, you can retire at the earliest at age 62 to be considered your normal retirement age. But if you were fortunate enough to be a member before September 1, 2007, you would get the most favorable terms of not having an age requirement, but the rule of 80 applies by itself.

This rule change is simply because of the underfunding of TRS. This change was viewed as a way of shoring up the system to make it more sustainable for future retirees, but as a result, it is not as good for younger workers entering the teaching profession. This is very unfortunate in that we want to attract the best a brightest teachers. Still, one of the major benefits of being a teacher is the pension, and it has become less favorable for younger generations.

You can use a handy calculator to figure out when you meet the Rule of 80 from the Pension Review Board. You only need to plug in your current age and credited years of service. The calculator will estimate your number of years until retirement, the date of retirement, and an estimate of the approximate retirement benefit. Be sure to log into your MyTRS account to get a more precise estimate.

As you can see, TRS favors older generations of workers paying into the system longer, especially before 2007 and 2014. If you are an early career teacher, it is recommended to save in a defined contribution plan such as 403(b), which most school districts in Texas offer as a way of saving additional money for your retirement. Be sure to talk to a financial planner specializing in teachers' retirement to learn more about maximizing your TRS retirement benefits.

*This content is developed from sources believed to be providing accurate information. The information provided is not written or intended as tax or legal advice and may not be relied on to avoid federal tax penalties. Individuals are encouraged to seek advice from their own tax or legal counsel. Individuals involved in the estate planning process should work with an estate planning team, including their own personal legal or tax counsel. Neither the information presented nor any opinion expressed constitutes a representation by us of a specific investment or the purchase or sale of any securities. Asset allocation and diversification do not ensure a profit or protect against loss in declining markets.