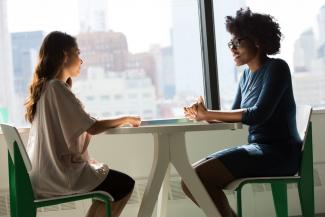 How to Retire at 55 from your corporate career

The FIRE movement, or Financial Independence, Retire Early, is popular among millennials, especially in corporate careers who want to gain financial independence before the traditional retirement age of 65. Millennials have lived through the 2008 Financial Crisis and have vivid memories of its impact on their finances. As a result, this generation is conscientious and deliberate, and financial independence is an important goal.

You want to get a sizable 401(k) to secure early retirement in a corporate career to achieve financial independence. But the rules laid out by the IRS favor traditional retirement at 65. So one option is to use the "Rule of 55."

The IRS states that a 10% early distribution penalty will generally apply to any taxable distribution taken from a retirement account before age 59 ½. In addition, the 10% penalty applies to any income taxes owed, which can represent a sizable amount of money.

But then there are some exceptions to the 10% early distribution penalty. The most important for the FIRE movement is the Rule of 55. If you retire or are laid off in the calendar year, you turn 55, or later, you can withdraw funds from your current 401(k) plan without paying the 10% early withdrawal penalty.

For those in the FIRE movement, if they separate from service and use money from their 401(k), it will only be taxed at their ordinary income tax rate. One strategy to save on taxes is to retire at the end of the calendar year, and you are 55. Then start to take distributions from your 401(k) in the new year. Your tax rate should have significantly dropped, and you might even be paying much lower taxes and no 10% penalty. Another option is to convert the money to a Roth IRA and pay the taxes now, but avoid Required Minimum Distributions or RMD later at age 72.

One of the issues with the Rule of 55 is that it only applies to assets in your current 401(k) plan. But you can get penalty-free access to the money from former employers' 401(k) plans if you roll them into your existing 401(k). Unfortunately, the Rule of 55 does not apply to Individual Retirement Accounts or IRAs. So if you were to move assets into a rollover IRA upon leaving your job, you would not be eligible for early withdrawal with no 10% penalty.

As a result of this Rule, it would be best to keep all of your retirement money in your current employer's 401(k) and perhaps do a backdoor Roth if you are above the income limits for a regular Roth contribution. Keeping a separate IRA may not be as beneficial if you retire early. However, keep in mind that the fees for your current 401(k) and investment options might not be outstanding, so a Roth conversion might be a good option. The combination of maximizing your 401(k) contributions and contributing to a Roth IRA may put you on the path to success to retire early at age 55.

Talk to a Financial Planner

These are very complicated issues, and you should speak to financial planning and tax professionals before making these meaningful, life-changing decisions. Reach out below if you want to talk about how you can get financial independence and retire early.

*This content is developed from sources believed to be providing accurate information. The information provided is not written or intended as tax or legal advice and may not be relied on for purposes of avoiding any federal tax penalties. Individuals are encouraged to seek advice from their tax or legal counsel. Individuals involved in the estate planning process should work with an estate planning team, including personal legal or tax counsel. Neither the information presented nor any opinion expressed constitutes a representation of a specific investment or the purchase or sale of any securities. Asset allocation and diversification do not ensure a profit or protect against loss in declining markets.