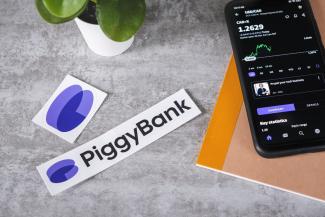 How is a Cash Balance Pension Plan Different from a 401(k) Plan?

There are two general types of retirement plans at your workplace. These are defined benefit pension plans and defined contribution plans.

Defined benefit pension plans provide a specific benefit at retirement. For example, if you work for so many years, you could get the number of years times your salary to calculate some percentage of monthly income in retirement.

In a defined contribution plan, the actual amount of retirement benefits provided to an employee depends on the contributions and the gains or losses of the account at retirement. The employee bears all of the investment risks. But can get a better return than what would get received in the defined benefit plan.

A participant’s account is credited each year in a typical cash balance plan. This interest credit increases and decreases the value of the plan's investments but do not directly affect the benefit amounts promised to participants. Thus, the employer’s investment risks are borne solely by them, which makes the cash balance plan similar to the defined benefit pension plan in terms of investment risk on the employer.

When a participant becomes entitled to receive benefits under a cash balance plan, the benefits are defined in terms of an account balance.

For example, assume that a participant has an account balance of $100,000 when they reach age 65. Then, if the participant decides to retire, they would have the right to an annuity (or monthly income) based on that account balance. Such an annuity might be approximately $8,500 per year for life. When you are able to take the pension you are typically given a range of choices of monthly income.

In many cash balance plans, however, the participant could instead choose (with consent from their spouse) to take a lump sum benefit equal to the $100,000 account balance. Typically you would roll this money over into an Individual Retirement Account (IRA) and invest the money in retirement. If you decide to take the lump money out as cash, you will typically pay much more in income taxes as it could push you into a higher tax bracket.

If a participant receives a lump sum distribution, that distribution generally can be rolled over into an IRA or to another employer's plan if that plan accepts rollovers. The rollover is the most common option if you don't take the annuity.

As in most traditional defined benefit plans, the benefits in most cash balance plans are protected by federal insurance provided through the Pension Benefit Guaranty Corporation (PBGC). But the drawbacks are you are limited in the returns you get because you don’t manage the money. So the returns might be less than what you would get invested the money yourself in a 401(k) plan.

How do Cash Balance Plans differ from 401(k) plans?1

Investment Risks - The investments of cash balance plans are managed by the employer or an investment manager appointed by the employer. The employer bears the risks of the assets. Increases and decreases in the value of the plan's investments do not directly affect the benefit amounts promised to participants. By contrast, 401(k) plans often permit participants to direct their investments within certain limits. You would typically get a selection of mutual funds to choose from. As an employee, you have to be careful and match the investments with your level of risk and goals. Participants bear the risks and rewards of investment choices under 401(k) or 403(b) plans.

Life Annuities - Unlike 401(k) plans, cash balance plans are required to offer employees the ability to receive their benefits in lifetime annuities. An annuity is a lifetime monthly income and the possibility of survivor benefits for a spouse, typically half of the monthly annuity. This can be a benefit as your monthly income is not exposed to market risk. But most cash balance plans do not have protections against inflation, which can decrease the purchasing power of your monthly income over time.

Federal Guarantee - Since they are defined benefit plans, the benefits promised by cash balance plans are usually insured by a federal agency, the Pension Benefit Guaranty Corporation (PBGC). Suppose a defined benefit plan is terminated with insufficient funds to pay all promised benefits. In that case, the PBGC has the authority to assume the plan’s trusteeship and begin to pay pension benefits up to the limits set by law. Defined contribution plans, including 401(k) plans, are not insured by the PBGC. As a result, you bear all of the risks of loss of principal or poor investment performance.

*This content is developed from sources believed to be providing accurate information. The information provided is not written or intended as tax or legal advice and may not be relied on to avoid federal tax penalties. Individuals are encouraged to seek advice from their tax or legal counsel. In addition, individuals involved in the estate planning process should work with an estate planning team, including personal legal or tax counsel. Neither the information presented nor any opinion expressed constitutes a representation of a specific investment or the purchase or sale of any securities. Asset allocation and diversification do not ensure a profit or protect against loss in declining markets.